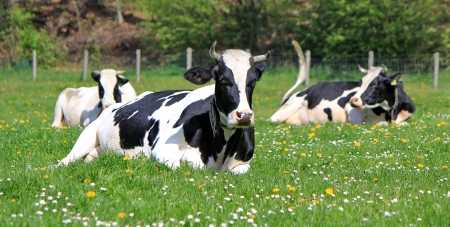 The People in Dairy Project Report, from Teagasc

– The report states that at least 6,000 new farmers will be required to to retain dairy farming in Ireland and recoup farmers who are leaving the dairy industry between now and 2026.

– According to the report 4,000 of the required dairy farmers in Ireland will be new farmers and an opening for a further 2,000 will be created within this time frame.

– The report was created due to a large shrinkage in the amount of farmers working in the dairy sector of Ireland due to retirement and leaving the industry.

Dairy Farming in Ireland, in figures:

This is a growth plan released by the Irish Department of Agriculture back in 2014. All targets are set for 2020:

– Professor Boyle stated that dairy farming in Ireland can be a financially rewarding industry to be in presenting a strong work/life balance. He also said that it is an enjoyable career.

“This can be achieved by having labour-efficient set-ups that make the day to day workload easier.”

“There are opportunities for people to follow an attractive career in dairy farming in Ireland and the opportunity for family farms to expand to improve their viability in the future.”

Other changes to dairy farming in Ireland

– The elimination of milk quotas has also helped greatly with Ireland’s milk production. They can now produce unlimited amounts of milk and the government has a 5 year plan to increase the production

– Ireland is the 3rd highest consumer of milk per capita in the world. Each person consumes roughly 130 litres per person.

– There are 18,500 dairy farms over the whole of Ireland with in excess of 5.5 billion litres of milk being produced per annum.