Estimated Breeding Value – What is an EBV?

HomeGeneticsEstimated Breeding Value – What is an EBV? 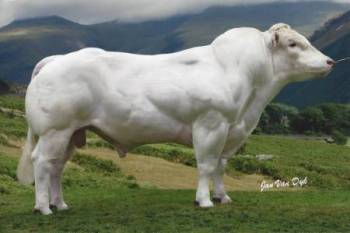 Comparing an individual animal with the benchmark of a herd or particular breed and expressing the difference, either positively or negatively, gives you an animal’s EBV  or estimated breeding value, which is then expressed as a + or – from the starting point for an average animal of zero. EBVs play an important part in decision-making in looking to start a herd or when planning to make improvements to a herd. They consider both genetic and environmental influences to arrive at the Estimated Breeding Value.

In the UK there are two key recording services producing Estimated Breeding Value data for use by cattle breeders and farmers and these are the Edinburgh Genetic Evaluation Services operating Signet/Basco and The Australian Breedplan operating through the Pedigree Cattle Service which is used by many beef breeds.

Where can I find cattle EBVs?

EBVs from the above providers both consider many of the same breed traits in cattle and can be obtained via the respective breed society databases. Sale catalogues very often list EBVs for each animal in the sale and this should be accompanied by details of traits included in the EBV. The information should also include band percentages and explanations showing where on the scale the animal falls for the traits listed.

The purpose of an estimated breeding value

To make an informed choice and as with selecting anything, like for like comparisons need to be made to ensure that an accurate reflection is obtained and that you select the best animal for your requirements. EBVs have been introduced to make sure that cattle from a particular breed or herd are all being scored from the same base point regardless as to an animal’s management regime, favourable or less favourable location. It should also be remembered that a calf’s genetic makeup comes from its mother also and not just the father and so each parent needs to be considered on its merit.

Performance and environmental influences of an EBV

The Estimated Breeding Value considers two elements, the performance estimate and environmental factors, with the performance estimation affording guidance on parts of the animal that you cannot actually see but which are influenced by genetics. The appearance physically, known as the animal’s phenotype, is made up of the animal’s genetics (genotype) and non-genetic influences classed as environmental factors. This allows animals within their breed type to be scored on their genetics without being influenced by their particular management programme or the environment in which they are reared. Environmental influences include disease burden, supplementary feeding, grass quality, and the presence of parasites, which breeders can influence to control an animal’s growth, health and general development. The genotype of an animal, however, cannot be influenced by these environmental factors.

As with other genetic indexes, the Estimated Breeding Value index draws data from a number of sources to try and minimise the non-genetic influence. The data can be taken from the animal’s siblings, and heritage, where this data exists. The EBV allows farmers to make breeding and herd decisions without having to have an in-depth knowledge of the complex science of genetic testing. And, coupled with other indexes such as the Profitable Lifetime Index, Production Reliability Index or the Spring Calving Index, EBV should ensure that sound commercial breeding decisions can be made.