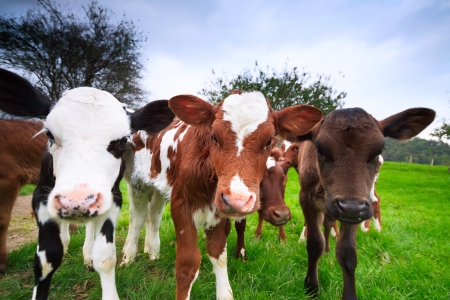 Genetics now play a very large part in the cattle breeding process and understanding the terminology that you may come across is key to ensuring that you are buying or breeding the best animals that you can. There is plenty of data that you can look at when making breeding decisions. To assist you, we’ve put together this article which will give you guidance on genetic terminology.

The Profitable Lifetime Index (£ PLI) is calculated using several traits which have been weighted by their economic value. The PLI value is shown as the increased profit a highly graded £ PLI bull is expected to return from all of its milking daughters throughout their lifetime in comparison with a bull of average quality with a PLI of £0. The PLI index itself is weighted, with fitness traits carrying a weighting of approximately 68 per cent and for production traits, approximately 32 per cent.

The Spring Calving Index (£ SCI) was first published in August 2014 and is specifically designed for spring calving herds making use of grazed grass. And like the £ PLI, it is concerned with the expected return from milking daughters over their lifetime compared to a £0 SCI. It has a fitness weighting of 71 per cent which looks at fertility, lifespan, calving ease and Somatic cell count.

In looking at any data, it is important to consider how reliable that data actually is in determining the genetic merit of any animal. An index score of between 50 per cent and 99 per cent ensures that the animal is found on the top bull breeding lists. The Reliability Index compares factors such as the performance of siblings and number of progeny found in other herds.

Somatic cell counts are primarily concerned with white blood cells which generally increase in number in milk when acting as an immune response to a pathogenic bacteria usually linked to mastitis. These cell counts are shown as a percentage deviation from a fixed genetic base. Therefore, a negative or low percentage score is a good result when determining genetic merit.

Other genetic terminology to look out for

There are many other genetic indexes to look at when you are looking to improve or start a herd and it depends on what sort of animals you are looking to breed as to which indexes may be of particular interest. If for example, you want a herd that calves easily you may consider Direct Calving Ease (dCE) which is expressed within a value range of -4.0 to +4.0, with zero and above suggesting calving should be easier. dCE is concerned with the sire, while the genetic terminology of the Maternal Calving Ease (mCE) denotes how well a mature animal can calve itself.

Familiarising yourself with the genetic terminology concerned with breeding calves, whether for a suckling herd or dairy herd, will help with the decision making process when you come to add to the herd either by introducing a new sire or a number of breeding heifers.