Genetic traits in cattle worth over £360 per head 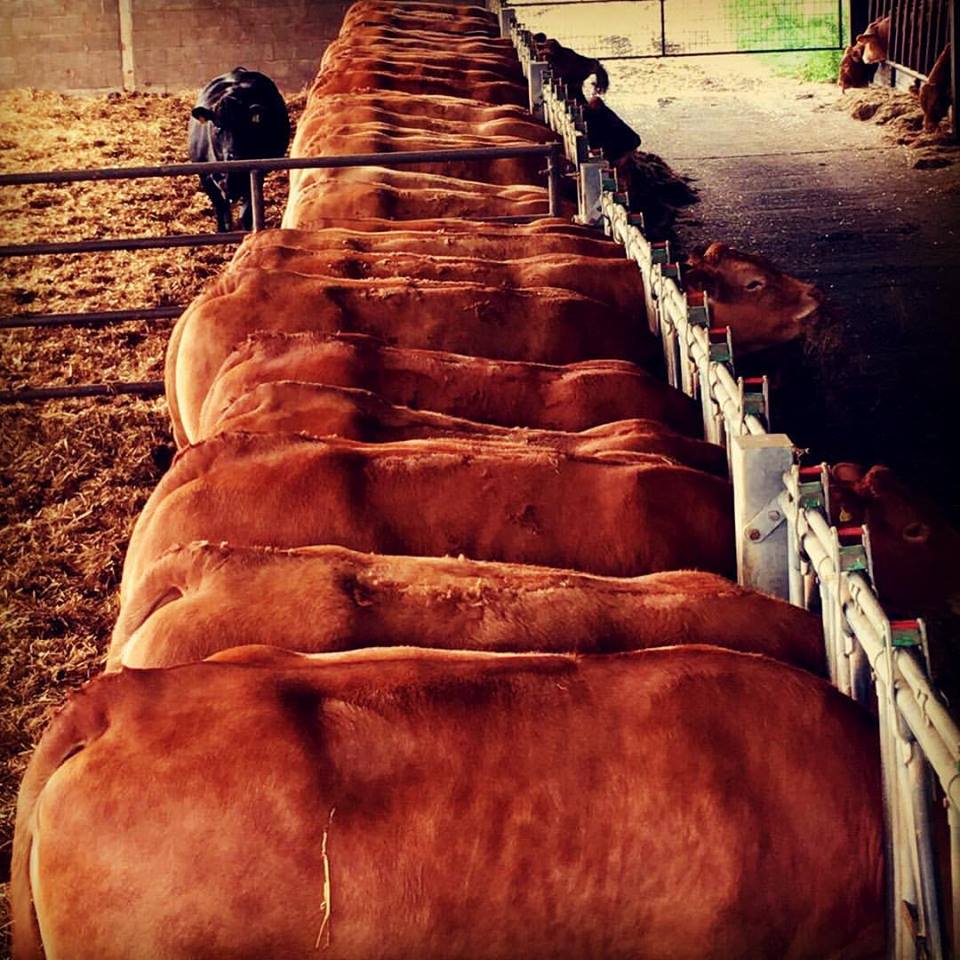 The British Limousin Cattle Society has released research indicating that genetic traits in cattle can be worth in excess of £360 per animal.

£79 per animal – Lowering days until slaughter

£42 per animal per annum – Higher Fertility

Three main studies have been carried out with genetic traits in Limousin Cattle being the focus:

– Video image analysis to ID quality of carcass of 6 prime cuts over 20,000 cattle.

– These results were put together with data from the British Cattle Movement Service on crossbred animals and pedigree information with the aim of producing Genomic Estimated Breeding Values.

– Extra value of all 6 prime cuts combined showed that there was a difference of up to £150 per animal.

– Results showed that differences of up to 2KG were noted even on animals of the same grade and carcass weight for striploin cuts.

– Results displayed a 44-day difference between the top 1% and bottom 1% for cattle to finish.

– The society went further than just pedigree animals with their genetic traits data and also looked at crossbred cattle data via the British Cattle Movement Service.

– The results revealed that Limousin cattle had the following against the next best breed:

– Research into intake and food conversion rates to produce a Genomic Estimated Breeding Value is currently in process and is around 50% complete with 800 animals tested so far.

– The results currently show that when feed is more efficiently used on animals it saves around £96 per animal.

“A rough estimate using finishing costs of £1.80/day means the difference is £79 per animal.”

“Getting replacement rates down can save £42 a cow a year.”

Genetic Improvement of Cows in the UK

– It is estimated that there is a £4.9 million per year area of profit for farmers in the area of genetic improvement.

– There is a heavy focus on maternal trait recording and this is setting a baseline for further developments in the future.

– Genetic engineering progress has been continuing to rise in the UK and has made a huge impact on the potential to increase progress rates.

– Genomics looks at the function, structure and mapping of Genomics and DNA, in this case, in the beef industry.

– The results of Genomics are vital for developing and producing more effective vaccines for cattle. These vaccines not only prevent disease but they help the cow’s immune system develop extra antibodies for use against future diseases

– SNP (Single Nucleotide Polymorphism) technology is the most used for genomic testing in cattle.

Writing for Agrismart whilst completing a degree in Agri-Business Management at Newcastle University.