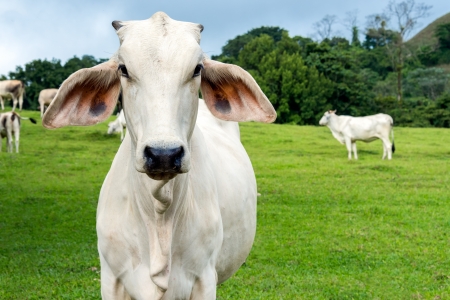 – During the last five years the Brazilian beef industry has been the largest exporter of beef globally and one of the biggest producers of beef in general. The Brazilian beef industry is extremely important to the South American country. Beef also plays a huge role in employment creation for Brazil as well as contributing largely to their exports.

The Brazilian cattle industry is located mainly across the North and Midwest regions although the entire country contributes:

Localisation of Brazilian Beef Cattle in the Past

It was mainly unoccupied lands where Brazilian pasture expansion took place in the past. These include Mato Grosso, Goiás or São Paulo.

– During the 1970s there was an increase of 5% per annum of the national herd. This was more consistent in the North and Midwest regions of the country. This kept going for nearly two decades.

The Foreign Trade Secretariat stated that the following countries represented 80% of Brazilian beef exports in 2012:

Of this large volume of Brazilian beef exports, these states contributed over 90%:

In 2012 Brazil imported 50x as many dairy products as they exported. This is to supply the large domestic demand. They import dairy products from multiple countries and export mainly to Argentina and Uruguay.

At least 80% of Brazilian cows are Zebu breeds. The other 20% are taurine breeds.

– Nelore is the breed that 90% of the Zebu breed animals correspond to. They can be found all over the country. They also have a strong heat resistance, which allows them to flourish in tropical regions. They are extremely efficient at producing high quality beef in these conditions.

– Taurine is the breed that is usually found in the southern regions of the country. Once finished, they have outstanding fat thickness. They are also renowned for their reproductive systems starting early, which mean the herds can expand and populate extremely fast.

– Genetic improvements to Brazilian Beef cattle are starting to become more and more commonplace. Farmers are using the genetic options of the breeds that currently exist to improve the genetics and profitability of their Brazilian beef herds.

– Farmers are taking the best characteristics from the existing cattle breeds and producing crossbred animals. Crossbreeding of taurine and zebu cattle have already been taking place with the goal of producing superb quality beef.