Don’t gamble with your cattle genetics

HomeGeneticsDon’t gamble with your cattle genetics 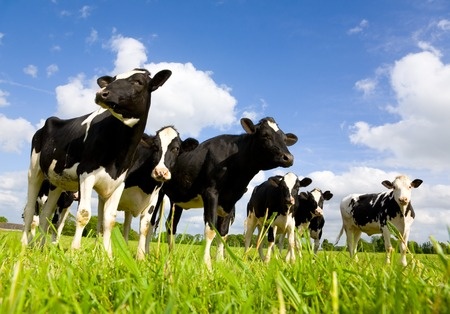 Cattle breeders that don’t take advantage of genetic data will be unable to improve the genetics of their herd.

Don’t dismiss the importance of a sire whether a dairy breeder or beef breeder. Put simply, consider the 50:50 rule when it comes to genetics and breeding, a bad bull = bad calves!

Years of research have been invested into developing technology to offer insight and control into cattle breeding. By offering advanced genetic selection tools into the cattle genetics field and taking the guesswork out of breeding, what a phenomenal age we live in to have tools like this at our fingertips!

Despite the availability of genetic evaluation for cattle genetics there are still those hesitant to utilise this available information. I have had comments on posts in regard to EBV’s (estimated breeding values) such as “The word estimated says it all to me!” Personally, estimated offers me a lot more assurance than down right guess work!

Another comment suggested “That it’s no more reliable than a toss of coin.” Where as I presume the alternative, which pretty much is the toss of a coin is what you’re sticking with!

“This resistance is as risky as playing Russian roulette with your genetic program. The quality of a bull will be represented in the entire calf crop, because if he’s genetics are low-quality, then half of his offspring’s genetics will be low-quality.”

Keenen went on to explain the long-term effects to consider, which is that the choice of cattle genetics will continue to impact the herd for generations if replacements are kept. Due to the fact bulls are culled more quickly than cows, your bull accounts for 75% of your herds genetics.

A breeder goes to the mart to drop off some cows and spots a nice looking young bull in the ring. He thinks to himself, “That’s a nice looking fella, I need a new bull.” and nods his head to the auctioneer.

Next season when it comes to calving he spends most of his time assisting calving, with 3 dead calves, 1 dead cow, a 60% calving difficulty rate and 2 c-sections and a 145 1b calf.

This might sound like the worst scenario but stories like this are all too common among farmers leaving their cattle genetics and breeding strategy to a quick look at a bull.

I’ve often heard breeders state they’re having a terrible year of “bad luck” with breeding, when asked if they have got a new bull, they reply yes, but are still happier to console themselves with suffering bad luck, rather than a bad bull purchase.

A beef specialist and geneticist wants people to also consider the biosecurity risks they are introducing to their herd, by bringing an animal with unknown heritage and farm welfare practices on-farm.

Once on the main bull stud semen collection can begin. Semen is collected using natural collection with a teaser as it offers a higher quality sample with a higher fertility rate than electro ejaculation.

Scawfell Genetics is proud to announce the opening of it’s new EU Licensed semen storage facility on our bull stud in Cumbria. This is a huge opportunity in the development of the scope of our capabilities within the genetics industry.